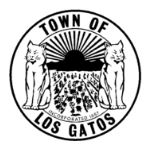 The Town Clerk is the elections official for the Town of Los Gatos, responsible for conducting municipal elections and provides election support to officeholders, candidates, and ballot measure proponents and opponents.

The Town of Los Gatos' regular General Municipal Election is held on the first Tuesday following the first Monday in November in even-numbered years. The elective officers of the Town consist of a Town Council made up of five Council Members who are elected in a non-partisan election. Elected officers serve "at large," representing the entire community, rather than a particular district. The Council Members are elected to four-year overlapping terms with two consecutive four-year term limits. The Council selects the Mayor and Vice Mayor annually in December.

The next General Municipal Election will be held on Tuesday, November 8, 2022 for the election of three Council seats.

Candidates must be registered to vote in the Town of Los Gatos at the time nomination papers are issued by the Office of the Town Clerk. The candidate nomination period is determined by Election Code and begins 113 days prior to the election date.

Candidates must wait until the nomination period begins to obtain a nomination packet from the Town Clerk.

To be a registered voter in the Town, one must reside in the incorporated area of the Town of Los Gatos and be a U.S. citizen 18 years of age or older. To ensure this qualification is met, the Office of the Town Clerk will verify voter registration status with the County of Santa Clara Registrar of Voters Office before issuing nomination papers.

Candidates are encouraged to contact the Town Clerk for more information prior to raising or spending money towards a campaign for office. The Town Clerk can be reached at (408) 354-6834 or via email at clerk@losgatosca.gov.

For detailed information about running for elective office, and to view information regarding candidates, please visit the Candidate Information page.

The legislative body (i.e. Town Council), any individual voter who is eligible to vote on the measure, a bona fide association of citizens, or any combination of these voters and associations may file a written Argument in Favor or Against any measure placed on the ballot by the governing body or by initiative.

Measure qualified for the ballot are published in the Voter Information Guide and mailed to registered voters in the Town who are eligible to vote.

To file an argument in favor of or against a measure that has been placed on a ballot, please complete and submit the Declaration of Author(s) of Arguments or Rebuttals and an electronic copy of text of argument in Microsoft Word.

If an author of an argument would like to authorize any other person to author/sign the rebuttal (if appropriate), written authorization is required. Please complete and submit the Rebuttal Signer Authorization and an electronic copy of text of argument in Microsoft Word.

Rebuttal arguments are allowed only when both a direct argument for AND against a measure are filed.

The California Secretary of State tests and certifies all voting equipment for security, accuracy, reliability, and accessibility in order to ensure that every vote is counted as it was cast. The Secretary also ensures election laws and campaign disclosure requirements are enforced, maintains a statewide database of all registered voters, certifies the official lists of candidates for elections, tracks and certifies ballot initiatives, compiles election returns and certifies election results, educates California citizens about their voting rights, and promotes voter registration and participation.

The Registrar of Voters (ROV) is the County Elections Official and the office conducts all Federal, State, County, Municipal, School District, and Special District scheduled and special elections. The ROV Office is also responsible for voter registration, education, and outreach; maintenance of registration files; verification of initiatives, referenda and recall petitions; and filing of campaign reports.

The FPPC is the State agency that enforces State laws regarding, among other things, campaign financing and spending, financial conflicts of interest, and gifts and honoraria given to public officials and candidates under the Political Reform Act. The FPPC provides written and oral advice to public agencies, candidates, and officials on the requirements of the Political Reform Act. The FPPC’s Advice Line can be reached at 1-866-ASK-FPPC (1-866-275-3772) or advice@fppc.ca.gov.

To find the results of past elections please visit the Santa Clara County Registrar of Voters Election Results page.